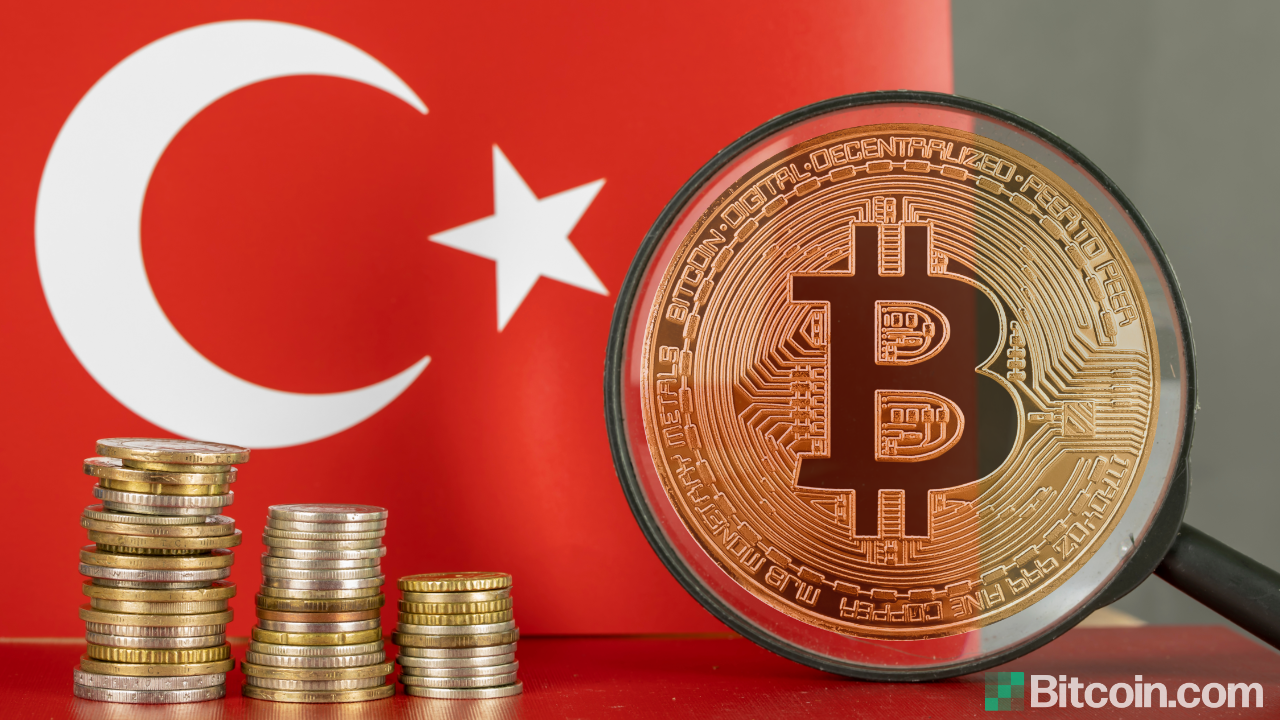 People in Turkey are increasingly turning to bitcoin as the local currency, the Turkish lira, recently hit another record low against the dollar. Bitcoin adoption in Turkey outshines other countries in the region.

Bitcoin adoption has been increasing in Turkey as the local currency, the Turkish lira, hit another record low Thursday, reportedly touching 7.95 to the dollar. The dollar has gained about 33% against the lira so far this year and some analysts are predicting that it will soon hit 8.5. “The Turkish lira is getting smoked” and “will crash to new lows due to ‘unorthodox’ policies,” CNBC reported analysts explaining. “The lira’s underlying problem is the lack of credible inflation targeting by the central bank, which is bound to ultimately debase the currency,” Commerzbank analyst Tatha Ghose wrote in a note to clients last week.

The country has been suffering from high inflation and the unemployment rate is past 14%. Steve H. Hanke, Professor of Applied Economics at the Johns Hopkins University and a hyperinflation expert, said Turkey’s annual inflation rate is at 36.57% and climbing. “The lira is toast,” he tweeted Sunday. “Turkey is burning through its foreign exchange reserve like a house on fire,” the professor continued, noting that its reserves currently stand at $41.12 billion, down almost $10 billion since July.

The rising inflation of the Turkish lira has been a major financial burden for Turkish citizens. Bitcoin can be used to preserve wealth against instability surrounding the Turkish lira.

Paxful also revealed Thursday that new registrations on its platform in Turkey increased 274% over the past 12 months. The company says it is seeing “massive potential for crypto adoption” in Turkey, which is why it is expanding its footprint in the country. Paxful has formed strategic partnerships with local cryptocurrency companies: Turkish lira-backed stablecoin Bilira (TRYB) provider and cryptocurrency trading platform Cointral. “We hope that by entering into the market we will be able to ease some of the financial burdens of its citizens,” Youssef remarked.

Turkey is the highest-ranking country in the region on our Global Crypto Adoption Index at 29th overall, and also accounts for the most total transaction volume in the region.

While Turkey currently has no cryptocurrency regulations, the country’s Capital Markets Board is developing a framework to oversee the cryptocurrency markets, with the goal to eventually enact regulations, the report details. Islam is the most practiced religion in the country. According to the government’s estimates, about 99.8% of the Turkish population of over 84 million people is Muslim. Recently, a shariah expert says that cryptocurrencies are legit commodities.